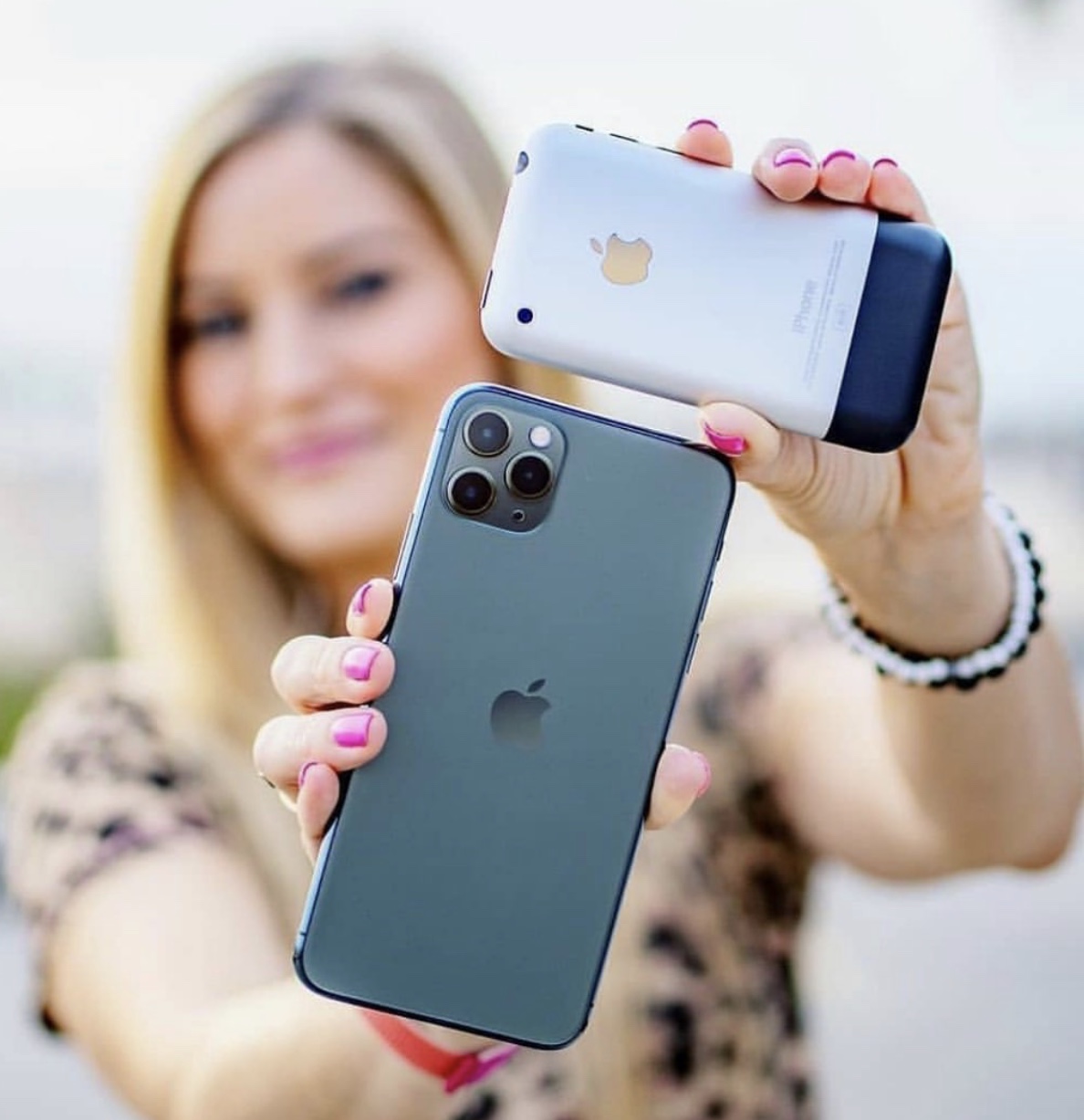 The world of phone trade-ins is complex, poor value and can be such a hassle it often results in people not trading in their phone at all.

One of the biggest stumbling blocks with trade-ins is timing. In a nutshell, new phones always lose their value over time. Whether your upgrade cycle is 12 or 24 months, or even if you’re a crafty SIM only specialist, the problem remains the same: You’ll always get less for your trade-in the longer you wait.

And it happens fast. Just three months after a new iPhone release, your old model can depreciate in value by up to 26.9% – over a quarter on top of the value it’s already lost. But of course, as an Apple aficionado you want the next model, and you don’t want to swap out your current iPhone for something different before it’s released.

So, straight away the promise of a juicy saving is dwindling before your eyes. With prices also in flux between different trade-in options and sites, it’s fair to say that trading in can be tricky.

The condition of your old phone is another major factor here. Even with a good phone case and screen protector, it’s hard to avoid wear and tear altogether. And as little scratches and scuffs build up over the months, your trade-in price plummets – up to 34.9% for cosmetic damage for some models.

What about your network? 💀

It’s true that most of the big network providers offer a trade-in scheme that gives you money off your next phone. But unfortunately, the amount they offer can be disappointing to say the least. Take the iPhone 7, still the UK’s most popular model. A quick glance at the big network sites show trade-in for a pristine handset could net you just £100 to £120, and less if it has any damage. And to take it a step further one network in particular won’t distinguish between the trade-in price of an iPhone XS over an iPhone 8. They’re guilty of luring in customers with a non-transparent headline monthly price that can leave us hundreds of pounds out of pocket.

After a year or two of paying full whack for your phone – and likely over £1,000 for iPhone – you’ll probably be looking at just a small amount towards the next one. And that’s right at the end of your contract. In general, you’re unlikely to get any sort of discount during the 1 to 2 years when you’re actually using your phone, when that saving could really make a difference.

Some providers won’t even let you spread your trade-in saving out over the monthly bills for your new phone, instead only offering a lump sum payment into your bank account. A pretty lacklustre reward for being a good customer.

Furthermore, O2, Vodafone, EE and Three all raised their prices earlier this year. Add that onto the price hike for iPhone 11 Pro and suddenly your network’s exchange programme seems less like a smart cost-saver and more like a drop in the ocean.

Needless to say, you’re also locking back in to another long contract, with premiums that are likely to punish your loyalty rather than reward it. In fact, the loyalty penalty is estimated to have cost UK mobile users a whopping £342 million over the last year alone.

It all adds up to a lot of hassle, a minimal saving for you and in reality puts a lot of people off resulting in a lot of phones not being traded in, instead ending up in drawers.

Of course, there’s another option entirely for cashing in your old phone – the wild world of online selling. With eBay, Gumtree or Facebook Marketplace, you can easily list your faithful handset and – hopefully – watch it get snapped up for a quick buck. While not strictly trade-in (more straight-up selling), a DIY approach like this can help you get more value out of your old phone. Best of all, you set the price.

The problem of course, is that nothing’s guaranteed – including how successful that price will be. If you’re selling your last iPhone in advance of getting your next one, the chances are you’ll be competing with loads of other sellers online. Competition will be fierce, and the package you’re offering can make a big difference. For a quick sale you might need to slash your expectations or throw in a few extras to sweeten the deal, like accessories. Even then, you may be waiting a while for payment to come through.

If you don’t mind the hassle, freestyle selling can be great. But, as with all the other approaches we’ve covered, getting a fair price can be slippery – and this way you’re taking a few more small but significant risks.

You don’t need to be a born hustler to see that Raylo’s own upgrade model is simpler, smarter and more sustainable than trading in your old phone.

Just as important, by joining us you’re unlocking the lasting value of your next phone today. Instead of waiting until you’ve paid off the full cost before trying to scrape back a small bit of money, start getting the savings you deserve right away.

Because we’ve built a dedicated ecosystem to give your old phone a second life after you’ve finished with it and encourage sustainable mobile phone use, we’re able to pass on the cost saving to you immediately in the form of lower monthly payments. It’s that straightforward.

Plus, you’re eliminating all the stress, hassle and uncertainty that comes with trade-in. In its place, enjoy the latest and greatest iPhone every 2 years, then simply send your old phone back to us so we can find it a new home.

Trading in your old iPhone is a minefield full of conditions, hurdles and pitfalls. But with a Raylo subscription, it’s one step towards simpler and smarter mobile: Lasting value that puts you in control.