The Game-Changing Features of iPhone 11 📱🏆 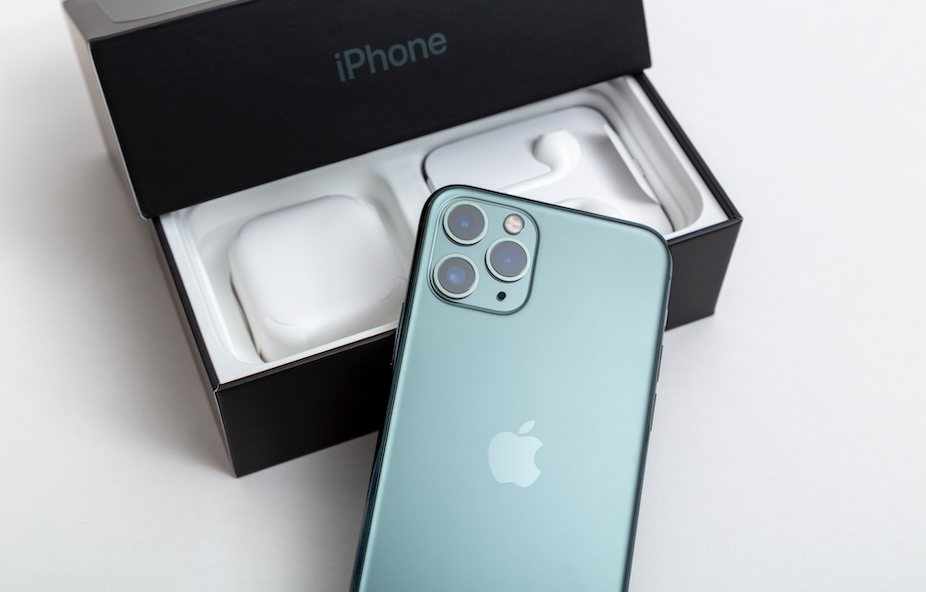 If you’re looking for a new smartphone, chances are the iPhone 11 is on your radar.

Apple set the trends when it comes to smart devices, and the newest iPhone handsets are no exception.

But, as with any electronics upgrade, the question is whether you need it. Are the extra features worth it? Will you notice a difference in your day-to-day phone usage?

A few years ago, the answer was “probably not.” There was a period in the mid-2010s where smartphone upgrades were incremental at best, with little noticeable difference between revisions.

With iPhone 11, iPhone 11 Pro and iPhone 11 Max, though, it’s a different story altogether. For a number of reasons, best current iPhones offer a number of upgrades that dramatically improve the device and will change the way you use your phone.

Today, we’re running through some of the key features, and the difference they’ll make to your mobile experience.

We’ve waxed lyrical about the power of the iPhone 11 cameras in a previous blog post. But, there’s one specific feature that we want to address here:

If you’re a keen iPhone photographer, you’re probably used to issues with shooting in low light. With the iPhone 11, though, those problems are a thing of the past, and the possibilities for capturing night-time scenes on your camera are now near-endless.

As Stuff notes, the iPhone 11’s Night Mode is a revelatory feature that’s both easy to use and produces impressive results:

“Apple’s seriously ramped up low-light capabilities in its new iPhones, and the functionality is dead easy to work with.

Night Mode turns on automatically, denoted by a moon icon. In gloomy conditions, it can also be triggered manually – tap the button and it turns yellow. You’ll get an indication of how long you need to hold your phone still for the snap to be taken, and a preview of what you’ll get.”

A few years ago, the prospect of watching a film on your iPhone was headache inducing. But, given the improved display of the latest devices, using them to view a motion picture isn’t just viable; it’s desirable.

The iPhone 11’s "Liquid Retina HD Display." Which features a 1792 x 828 resolution at 326ppi, a 1400:1 contrast ratio, 625 nits max brightness is a fine way to watch the latest blockbusters or must-view Netflix content.  And, when you jump up to the 11 Pro and 11 Pro Max models, it gets even better. Their OLED Super XDR screens deliver an incredibly sharp picture that’s so good, it’s hard to believe it’s on your phone. As Paste notes:

“The OLED screens are perfect for HDR integration, producing deeper blacks in order to bump up the display’s contrast ratio. This makes the 11 Pro and 11 Pro Max superb for viewing media and playing games.”

In short, your daily commute just got a lot more bearable.

And real-world testing backs up these already impressive claims. The iPhone 11 outperforms the battery life of the iPhone XR by at least one hour, which is good going when you consider that the XR previously had the best battery life of any iPhone.

The Pro goes even further. In Verge’s tests, the device consistently lasted 12-14 hours with normal day-to-day usage. As the website notes, that’s a considerable bump over previous iPhones and better than the majority of Android flagships on the market.

Apple’s iPhones have always been amongst the fastest-performing smartphones available. But, the 11, 11 Pro and 11 Pro Max widen the gap with competition in a way that’s never been seen before. Apple claim their new A13 bionic chip is the smartest CPU and GPU ever put into a smartphone. Those claims are something that Hardware Zone’s tests have confirmed:

“The new A13 chip is about 20% faster across the board and around 30% more power-efficient. And… the benchmarks numbers certainly back up this claim. Insofar as performance is concerned, the new iPhone 11 and iPhone 11 Pro are the fastest phones on the market today by a very long shot.

The gap between Apple’s A-series chip and competing chipsets just gets wider every year… Anyone who says Apple is not innovating should take a hard look at these graphs. The peerless performance of these new phones is a form of innovation as much as multiple cameras and folding displays are.”

All in all, that means a faster, more powerful and more reliable device. If your phone is an important tool in your day-to-day life, that A13 bionic chip makes a real difference.

Whether you go with an iPhone 11, 11 Pro or 11 Pro Max, you’ll notice the difference from your current phone. And with Raylo you can get all the benefits of the latest iPhone devices without breaking the bank. Our unique subscription model starts at £25.99 a month for an iPhone 11. Combine that with a SIM-only deal from one of the networks and you’re paying mid-range prices for a state-of-the-art handset. It’s hard to argue with that.