Circularity and reuse at Raylo 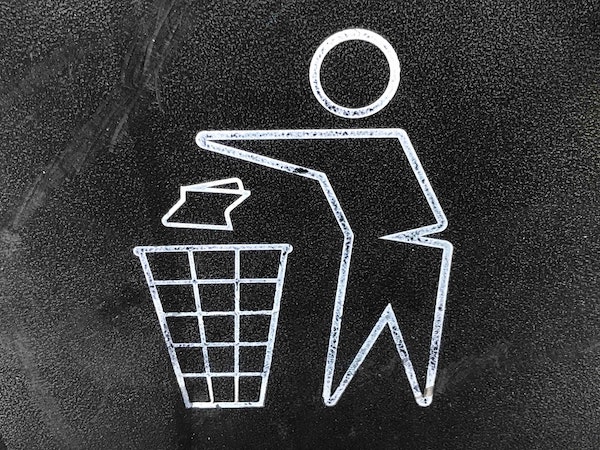 Visit any government, supermarket or eco-conscious website and you’ll see recycling as the buzzword for sustainability. “Feed your recycling bin” “Don’t throw it away” and “Recycling is crucial to the health of our planet” are all common slogans to get everyday consumers on board with the planet-saving practice of recycling.

We all know that single use plastics and waste are the enemies, but have you ever stopped to think whether we’re really clued up on recycling and its impact? And wouldn’t it be better to avoid having to recycle in the first place? It’s a bold claim, and here at Raylo we’re all for it. Read on to find out why.

Each year more than 270 million tonnes of waste are recycled globally – the equivalent of 740 Empire State Buildings. According to the Financial Times, “Since the introduction of kerbside household recycling in the 1980s, recycling has been promoted as the environmental answer to humanity’s growing amounts of rubbish.”

But is recycling really effective? While most of us have access to recycling points and feel like we’re doing our bit when we find the friendly round arrow on the packaging of our products, it’s not all that simple. With a growing global population and a consumption model that encourages us to buy more, the world’s trash heaps are buckling. So much so that China recently implemented the “National Sword”, an initiative that reduced their buying of the world’s recyclable plastic waste from 60% in 2017 to less than 10% in 2018.

As the previous largest customer for used paper and plastic from countries like the US and Japan, this change devastated the recycling industry. And according to Eric Kawabata of TerraCycle, a US-based recycling company, “Trash is building up in Japan and there’s nothing to do with it; the incinerators are working at full capacity.”

Revealing stuff, we know. But it’s not just recycled goods that are to blame. Not all materials can be easily recycled, meaning they often end up in the trash heap. Take Ecolean, a ‘sustainable plastic packaging alternative’ made from 40% chalk that’s starting to be used more frequently for products like milk and soup packaging, which is sold using the ‘100% recyclable’ buzz-phrase even though it’s only recyclable at specific sites throughout the UK. So while it sounds great from a marketing and consumer standpoint, the reality isn’t so rosy.

According to the Ellen MacArthur Foundation, an environmental group that campaigns to reduce waste, recycling isn’t the answer for our planet: “We have not been successful at recycling. After 40 years of trying, we have not been able to make it work… The world’s consumers have become accustomed to taking resources from the natural world, using them, disposing of them.” And that’s where the circular economy comes in.

If you’re new to the idea of the circular economy, let us bring you up to speed. Founded in the 1970s but brought to the forefront in 2010 by Ellen MacArthur, the circular economy idea takes a holistic approach to reducing waste by removing the idea of waste altogether. Instead of the ‘take, make, waste’ model that’s in operation globally, a circular economy looks at how we can prolong the life cycle of materials rather than sending them to a recycling or trash heap.

‘What’s this got to do with mobile phones?’ we hear you cry. Well, electronic waste is one of the biggest problems we face, with over 50 million tonnes of it created globally. And only 20% of that is formally recycled, something we know needs to be addressed. Which is where Raylo comes in.

Raylo as the sustainable option

We created Raylo to offer a subscription service for iPhones, meaning customers lease an iPhone from us rather than paying a hefty upfront and monthly fee to own it at the end of a contract – by which time the iPhone isn’t worth what it was. Instead, when your Raylo iPhone contract is up, we can take it off your hands and refurbish it for re-use in another pair of hands while giving you a brand new model, avoiding your old phone reaching the rubbish heap.

It also means we can charge less for our subscription, compared to a bundled contract because we’re not covering the cost of you owning the phone (that’s so last decade). Plus, if you opt for a Raylo Certified Refurbished iPhone, it’ll come at a lower monthly cost and have all the great features of a new iPhone. Each refurbished iPhone undergoes a 70 point test before we lease it, and you’ll still get the same great service as you’d expect if you subscribed to one of our brand new iPhones. In short, utilising refurbished phones as part of the circular economy means we are closing the loop, further reducing electronic waste. Nifty.

And thanks to our commitment to sustainable practices and balancing our needs as a business with environmental ethics, we have a pending B Corp certification, something we’re really proud of.

The circular economy isn’t just about implementing change that’s good for the planet, though. It has some pretty good figures stacked in its favour, like analysis by Accenture which found that investing in cheaper and newer ways to produce, manage and transit renewable sources of electricity could help the electricity industry capture up to $250 billion by 2030, and by optimising its packaging for circularity the FMCG industry could capture up to $110 billion by 2030.

And we’re already seeing some brilliant initiatives in action. A pilot scheme in the Netherlands is sifting sewage for cellulose, the natural fibres found in toilet roll, to be transformed into an energy source when it would otherwise be incinerated. And shoes giant Timberland has partnered with tire company Omni United to produce footwear made from used tyres. These are just a couple of examples of the “disruptive innovations” we need to help the circular economy ideal flourish.

It’s not all plain sailing, though. While the circular economy is a brilliant idea for reducing waste and encouraging a positive change in consumption habits, it doesn’t come without its challenges. According to WeForum, “Obtaining competitive advantage from circularity requires more than just incremental change. It requires a fundamental reengineering of business.”

It also also requires government bodies to get on board too. Though we know the European Commission recently released a circular economy framework which introduced a landfill ban on recyclable materials across all 28 EU member states – a positive step in the right direction.

And then it comes down to the consumer. Every penny spent is a vote for what we want, so if more of us take action through how and what we purchase, then demand will need to be met. Think subscription services, valuing the materials we purchase and a shift from needing to own ‘things’: “We have defined and understood materialism as an excessive concern with material objects and comforts... But perhaps we need a new form of materialism, whereby we have an obsession and deep respect for the raw materials from which our products are made.”

Now that’s a super idea for the health of the planet. Find out more about why sustainable phone use could be your next big move, and check out our brand new and Raylo Certified Refurbished iPhones if you want in on the circular economy movement.