Is the iPhone 11 Pro the future of Filmmaking? 🎥 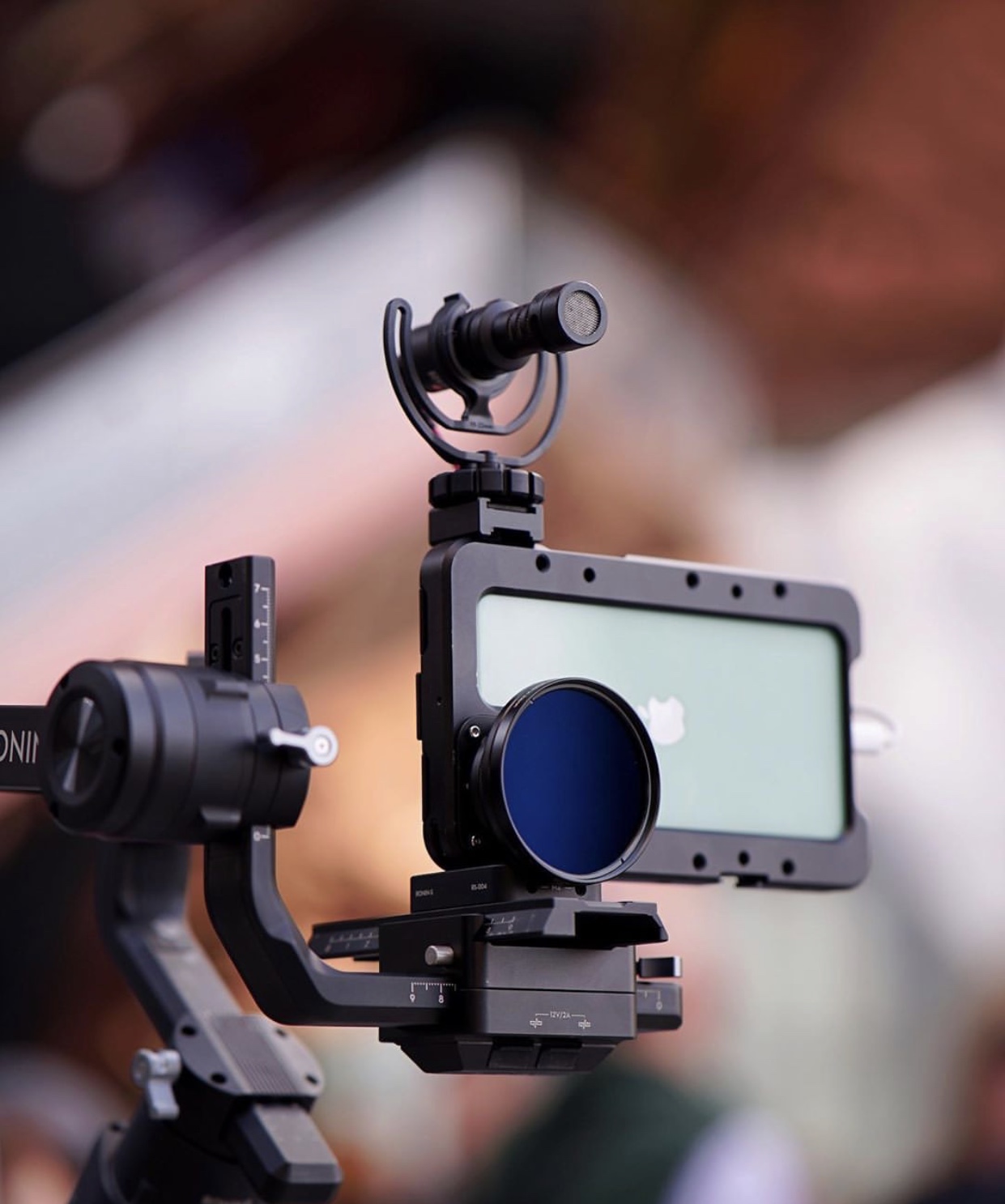 Want to be a filmmaker?

Back in the day, the threshold of entry for being a filmmaker was high. Cameras, film, lenses – that stuff didn’t come cheap.

Today though, the latest iPhone models are incredibly powerful tools for any aspiring filmmaker. And, the iPhone 11 camera is changing the way that movies are made.

As Ben Lindberg notes in an article titled “The Rise of the iPhone Auteur,” thanks to the iPhone’s “democratising and artistically liberating effects… it could very well be the future of filmmaking.”

Today, we’re profiling Steven Soderbergh, the well-respected filmmaker who’s led the charge in the iPhone revolution. And, we’re taking a look at the iPhone 11 Pro’s impressive camera features that could be a game-changer for the smartphone filmmaker.

Hollywood filmmaking… on an iPhone?

While several filmmakers have championed the liberating effects of iPhone filmmaking, Steven Soderbergh is certainly the most high profile. The academy award-winning director – responsible for the likes of Erin Brokovich, Ocean’s 11 and Magic Mike – made the move to iPhone in 2017.

His 2018 horror film Unsane was shot on three iPhone 7-Plus devices, as well as $500 worth of smartphone accessories, including Moment lenses, the FiLMiC Pro app, and a DJI Osmo stabilizer for smooth tracking shots.

Well received by critics, Unsane was described as “an inspiration to aspiring filmmakers.” His follow-up film, High Flying Bird – released on Netflix in 2019 – was acclaimed for “continuing to test the limits of new filmmaking technology.” Indeed, as the filmmaker himself noted, the use of iPhones in that movie allowed him to do things that he couldn’t have done with traditional cameras:

“I could point out many shots in ‘High Flying Bird’ where using a more traditional approach with normal-size cameras would have been extremely difficult, if not impossible, to do. To get the lens where I want, or to be moving in a way that I want to move and, you know, have the camera reach multiple destinations without either somebody getting hurt, or the shot being compromised because of the size of the equipment. So, it seemed like a natural fit to me.”

High Flying Bird was shot exclusively on iPhone 8, this time equipped with an anamorphic lens developed by Moondog labs. And, when you watch the film, it’s a testament to the power of the cameras contained within Apple’s devices.

What Soderbergh achieved with the iPhone 7-plus and the iPhone 8 shows you that a lot can be done with Apple’s smartphone cameras. But, that filmmaking potential increases exponentially with the company’s latest devices.

The iPhone 11 Pro and Pro Max feature Apple’s most advanced camera offering to date. And, for filmmakers and photographers, it’s proving to be a revelation.

In no small part, that’s down to the triple lens feature offered on the Pro and Pro Max models. These devices include an ultra-wide angle lens (13mm equivalent, f/2.4) that Knives Out and Star Wars: The Last Jedi filmmaker Rian Johnson described as “a game changer”, a standard lens (26mm, f/1.8) and a 2x telephoto lens (52mm, with an improved maximum aperture of f/2.0).  That gives you a wealth of options when it comes to shot composition, allowing you the kind of range that you just couldn’t get from earlier devices.

Apple claims that the iPhone 11 series features the best video on a smartphone ever. Recording video on it, it’s not hard to see why. The consistency of quality across a broad range of subjects – detail is preserved and white colours remain balanced and well saturated in a variety of scenarios – is testament to the power contained within the device.

Trusted Reviews agrees. The site, which concludes that “Apple has delivered its best ever image quality” with the iPhone 11 Pro, had this to say about the device’s video capabilities:

“The quality of the video it produces is great – with plenty of detail and smoothness provided thanks to OIS [optical image stabilization]. Flipping between the different lenses while you’re recording shows just how consistent the output is and is particularly impressive. Add on the fact that you can now perform a range of advanced edits directly in the phone itself, and the iPhone 11 Pro is the obvious phone of choice for vloggers and video lovers.”

Ultimately, what makes iPhone 11 Pro so exciting for aspiring directors is that it’s a powerful all-in-one filmmaking tool. You get beautiful images – 4k up to 60 frames per second – and, thanks to the iPhone 11 Pro’s A13 chip and sophisticated apps like FiLMiC Pro, the power to edit those images in-device.

There’s something simultaneously liberating and disruptive about those capabilities, and it’s especially democratising for low-budget directors and first-time filmmakers. In short, devices like the iPhone 11 Pro are changing the way we think about filmmaking.

Thinking about filmmaking with an iPhone 11 Pro? Think Raylo. With our smart subscription model, you could save up to £40 a month over 24 months. When you’re budgeting for a film project, that extra cash goes a long way.