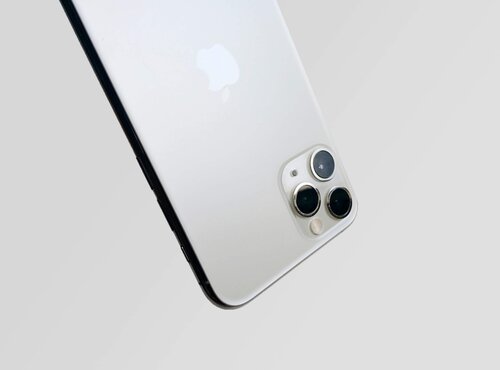 On the surface, these long-term contracts are appealing because they lessen the financial blow of buying the best iPhone models. The reality, though, is they end up costing you more over time. The Raylo lease-based model is for the customer: simple, environmentally responsible and with optional insurance. Not only that, you get a great new or Refurbished iPhone, SIM free and at a better monthly cost than from the networks. Unlike a 36-month contract, it’s lasting value that puts you, the consumer, in control.

So how does a Raylo phone + SIM only deal stack up?

With a Raylo phone and Smarty SIM you can have:

The mobile networks will argue that 36-month contracts are great for “spreading the cost” of your new phone purchase.

On paper, it’s hard to argue with that. Smaller monthly payments over an extended period are appealing for managing the monthly budget.

Case in point, we tried to buy a 64gb iPhone 11 Pro with unlimited data using one of the major networks’ “Build Your Own Plan” programs.

Not only that, the phone is costing you way more than it should. This network offers more flexible SIM-only deals with more than enough data for £20 a month, or £720 over a three-year period. Subtract the cost of your calls, texts and data from a 36-month contract and you’re paying £1,635.84 for a handset that major retailers currently sell for £1,049.

Because the networks are no longer allowed to offer 36 month SIM plans – 24 months is the maximum allowed by Ofcom – they are using the 36 month handset loan to lock customers in. These are referred to as ‘long split contracts’ by Ofcom and what this means is that if you wanted to switch your SIM provider after the 24 months, you’d have to pay off your remaining charges for the phone. This is all especially painful when you consider…

The value of your handset will plummet 📉

One of the biggest problems with long-term phone contracts is that you’re stuck with the same handset for a long time. If you need a device with the latest features, that renders a 36-month contract useless from the get-go.

Even if you don’t need the most up-to-date mobile, there’s the bigger problem of trying to sell that phone once you’ve finally paid off your contract.

Phones depreciate in value the instant you start using them. As Bank My Cell notes:

“Taking your new cell phone out the box causes the same financial result as driving a brand new car out the showroom, its resale value tanks.”

Fortunately, iPhones have solid price retention compared to their competitors (they lose roughly 30% of their value 12 months from launch). But that resale value goes off a cliff by the time a phone enters its 3rd year.

As we previously reported, selling old mobile phones is a time-consuming minefield that you’ll see little return from.

On a 36-month contract, that handset you receive will be a glorified paperweight by the time you’ve paid it off. That’s bad for your wallet and bad for the planet. We Britons are currently hoarding 40 million unused tech gadgets, a sign of the mobile networks’ dubious model if there ever was one.

As Money Saving Expert has reported, these plans often don’t bring you the savings you’d expect.