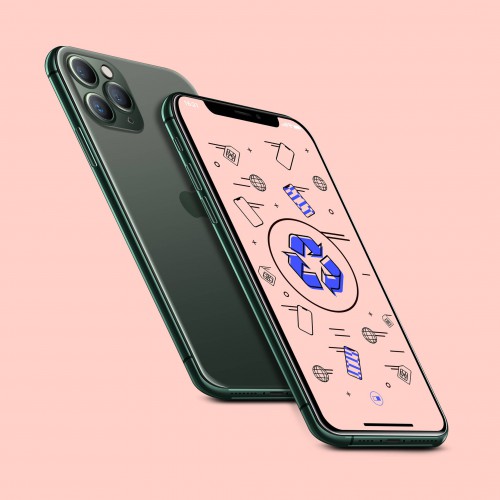 What do Formula One cars, mirrors, smartphones and hearing aids have in common?

You’re right - they probably are used by a number of older race car drivers but, even more importantly, they all comprise of natural resources that could run out in the next 100 years.

The Royal Society of Chemistry recently released a study showing that 40 million unused gadgets are left languishing in countless drawers all around the UK, – although we suspect that the number may be significantly higher.

The research found that the majority of people have no plans to recycle the old devices they have at home, with almost half (45%) of UK households having between two and five gathering dust somewhere.

It’s a big concern but unfortunately not surprising as, up until now, there hasn’t been a simple way for people to put their device back into the market after use.

Sustainable mobile phones is at the core of our business at Raylo. A device sitting in a draw helps neither the owner nor the environment. That’s why we’re making it easy for our customers to put gadgets back into the market for someone who needs it. This is now driving a circular economy, which is good for people and the planet.

There are dozens of special elements in a single phone, including indium. Not everyone will know that we have it at our fingertips every day, as it’s used in the touch screens of our mobiles and tablets. Indium is also used in solar panels – making it a soft metal that’s doing some hard work for the planet.

According to the UK’s Environmental Audit Committee, a staggering 44.7 million tonnes of “e-waste” were produced in 2017, equating to approximately 4,500 Eiffel Towers. Sadly, nearly all of the wasted electronics globally are not being handled in a sustainable way.

Fortunately, we are now seeing the start of a revolution in different areas of the mobile industry, from the new Ofcom regulations making it easy to switch network providers with a single text message to other smarter and more eco-friendly options that we’re proud to count ourselves amongst.

We expect to see more positive steps in the right direction from smartphone manufacturers too. The new iPhone released this autumn will be scrutinised for its environmental impact more than any other to date, as industry commentators assess how Apple has built on its commitment to reducing materials, such as tin, and the development of Daisy, a robot that disassembles its products to recover valuable components.

How are we fighting e-waste?

At Raylo, we want to ensure that it’s effortless for you to do the right thing with your old tech, which is why we will find your old phone a new home or recycle it.

Holding onto your current phone a bit longer is definitely a great way to help reduce your environmental impact. But if you want to upgrade to the latest technology, it’s now easier to ensure that the last one doesn’t go to waste.

We’ve built this seamlessly into the start of the process by giving you the opportunity to put your old phone back into the market when we send you your new phone. All you have to do is re-use the box it arrived in to send the old one back.

We’re always looking for innovative new ways to do even more to reduce waste, including a new partnership with Pela, the world's first 100% compostable phone case. It offers a renewable alternative to plastic that is also strong, sleek and shock absorbent.

We’re up for the fight against waste in the smartphone industry and you can help us by getting your next phone with Raylo and sharing your ideas with us too!