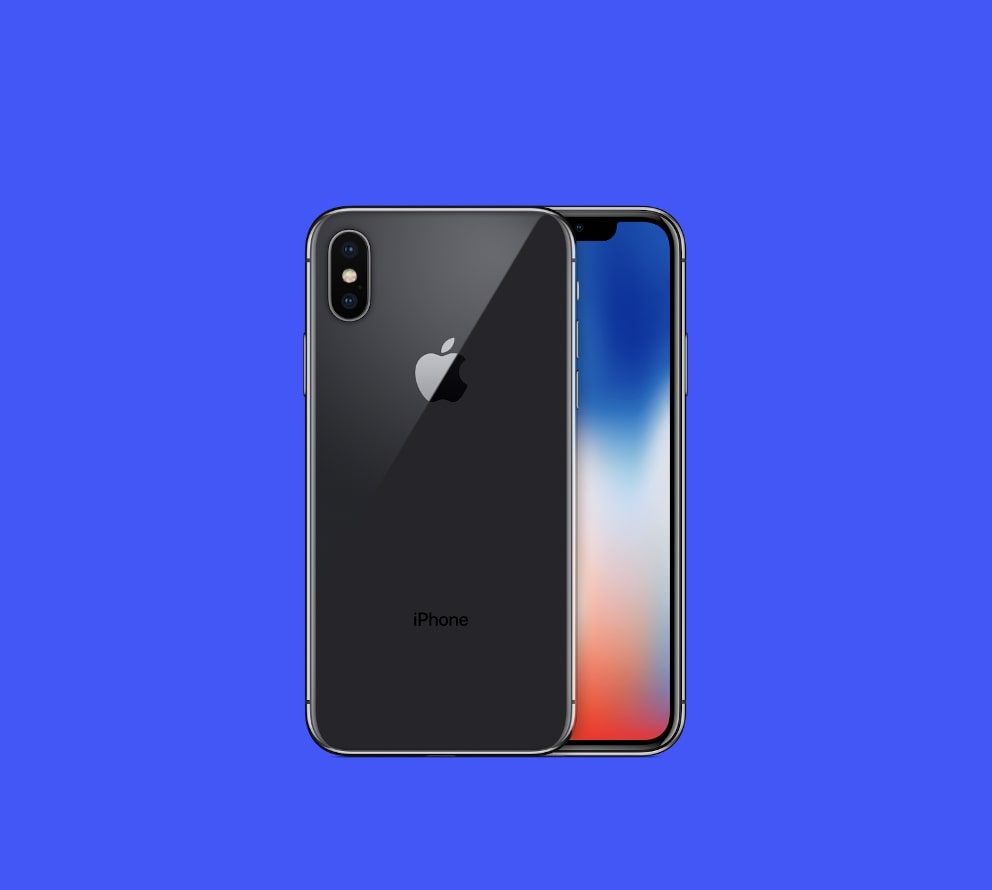 At Raylo we offer the best phones on lease. To date we have offered a curated range of brand new iPhones but did you know we now offer refurbished iPhones? There’s more to a refurbished phone than meets the eye, so read on to find out why our Raylo Certified Refurbished phones are the ones to watch and how they help us do our bit for the planet, too.

Choosing a refurbished phone is one of the best ways to get hold of a great handset without the ‘brand new’ price tag, and for the phone it means saving it from its alternative destiny of the kitchen drawer or worse – landfill.

Before we get into the finer details, we need to distinguish between used phones and refurbished phones. Refurbished phones are in fact those that have been cleaned and checked by a technician to ensure they work like new.
‍

Our Refurbished iPhone X and circularity‍

With the addition of the Refurbished iPhone X, we are now committed to sustainability in a number of ways, the foremost being our circularity model. When a customer comes to the end of a lease and sends a phone back to us to upgrade to the new model or because they're done with it, we refurbish that phone and get it ready for another customer. This ensures that every phone is used by multiple customers and gets a much longer life. That means no phones sitting in drawers until the end of time, and even better, no phones in landfill.

There’s a reason we’re rated 4.9 out of 5 on Trustpilot – and you can expect the same great service for a Raylo Certified Refurbished phone as you would for a brand new iPhone. If you choose a Raylo Certified Refurbished phone, it’ll arrive in new packaging with a brand new charging cable, a sustainable phone case, screen protector and comes with next day delivery as standard.

Each of our refurbished phones comes with a 24 month warranty plus 30 day cancellation option for added peace of mind. If your phone gets damaged, we’ll arrange for your device to be repaired or replaced. That’s a pretty good deal if you ask us, and it’s another way we’re breathing life into the dated mobile industry.

If you’re curious, find out more about Raylo refurbished phones or get in touch to ask any questions.

‍‍We’re not saying people shouldn’t shop for brand new iPhones, but we know that globally there’s a real problem with the way phones are sold. With over 50 million tonnes of electronic waste created every year – and much of this ending up in landfill or disposed of unsafely – there’s never been a more pressing time to bring in change.

All hail the rise of the subscription economy. This is where a service is offered on a ‘leasing’ rather than ‘ownership’ basis, and it’s how the likes of Amazon Prime and Netflix beat the DVD market and how iTunes now accounts for 62% of the music industry’s sales.

In a recent survey by BNP Paribas Europe, 50% of consumers in France said they would like to access products through subscription models. And the Ellen MacArthur Foundation, champions of the circular economy idea, had the same findings: “A new generation of customers seem prepared to prefer access over ownership.”

So rather than purchasing products outright, we’re seeing a real shift in consumer attitudes from owning a product to leasing it; where having prized memories trumps prized possessions, and where customers are less willing to fork out just to say an object is theirs.

According to Medium, the traditional core elements of us purchasing products are necessity, convenience and aesthetics (owning something desirable that in turn makes us look and feel desirable, then needing something even more desirable, and so on).

Interestingly, these traditional behaviours are starting to fall away as consumers realise the disposable attitudes they have brought on. Instead, we are headed for a “post-disposable future” where the subscription economy is king due to conscious consumerism.

And that’s where we come in. At Raylo, we offer a lease model for the latest new iPhone at an unbeatable price rather than a hefty contract that’ll charge you an up front fee and make you pay more to own the phone at the end (by which time your iPhone will have depreciated in value). And with our Raylo Certified Refurbished iPhones, you can enjoy the same model but for a lower cost.

A word on the circular economy

We’re not just motivated by saving consumers money – it’s also better for our planet, too. Think about that old phone you have under your bed. Our subscription service takes your used iPhone off your hands at the end of your lease – unless you want to keep it for a one-off fee – and replaces it with a brand new (or refurbished one) if you fancy a change.

We’ll then refurbish that used phone, making sure it makes its way to another customer and avoids landfill. This is in line with the circular economy idea, which is all about share and repair, not stash and trash. And it’s a great way to eliminate the phenomenon of old phones lurking in dark places.

Put simply, applying the circular economy to mobile phones stops a pile up of hardware, ensuring all materials stay in circulation, reducing demand with manufacturers and creating less waste. And refurbished phones are an integral pillar of this, breathing new life into phones so they are removed from the waste loop and have a longer lifecycle.

Back to the future

‍It’s not just mobile phones that are on the refurbished hype – IKEA is trialling the sale of refurbished furniture and Adidas have partnered with Stuffstr, a clothes reselling platform. And a recent Forbes article called refurbished the way of the future, especially when it comes to mobile phones. Talking about Apple specifically, they stated: “With the most dramatic smartphone innovations now behind us… Supporting a circular economy can make a bigger dent on Apple’s environmental impact than any current recycling efforts.”

They’re not the only ones to notice this. A recent survey by Gizmodo found that 60% of UK consumers are open to getting a pre-owned phone: “From a consumer standpoint, innovation on the smartphone front has slowed down enough that switching handsets every year to get the latest version on the market is a waste of money when an older smartphone does the same job.”

So what does this mean for mobile phones? Well, far from the flying cars promised to us by 2015 in Back to the Future, it would seem refurbished goods are the way of the future. Not only can opting for refurbished phone knock 20-40% of the price, it’s also a great way to prevent phones from reaching landfill. And by offering refurbished phones at Raylo, we believe we’ve closed the loop in the circular economy.